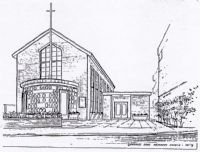 The origins of Gerrards Cross Methodist Church go back to December 1907, when a plot of land (now the present Church site) was purchased for £200 and the first Trustees were appointed.

The building of a corrugated iron Chapel began almost immediately and on 26th August 1908, the “Tin Tabernacle”, as it was fondly known, was officially opened. 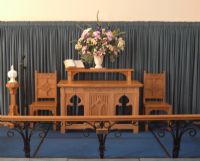 At that time, the Gerrards Cross  Methodist Society belonged to the High Wycombe Free Methodist Circuit, which was affiliated to the Wesleyan Reform Union.  By August 1909 the Society had a membership of 13 and in March 1910 it was formally constituted as a Methodist Church.  In 1930 the Church was purchased by the Uxbridge & Southall Wesleyan Circuit. More recently, with the re-organisation of London Methodism in September 2006, Gerrards Cross Methodist Church moved to the Amersham Circuit, at the same becoming part of the new Northampton District.

In 1954, the original “tin” building was modernised, both inside and out, but it was already becoming too small to accommodate a growing Church congregation and Sunday School.  The decision was taken to build a new Church on the front of the site.  On 24th May 1958 the foundation stone of our present Church was laid and the new building was opened for worship in October 1958.  The original Church building was initially retained for use by the Sunday School and as a meeting room.  It was eventually demolished to make space for the present Wesley Hall and New Fellowship Room, which were opened in 1964. 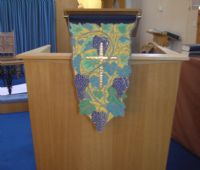 In July 1974 the present two manual pipe organ was installed and dedicated. Further alterations and re-ordering of the Church interior were completed in April 1988 and the Church pews were replaced with chairs in March 1994 thus bringing the premises to their current arrangement.

We are proud of our premises, but Gerrards Cross Methodist Church is more than just a building; it is a living body of Christ’s people.

Worship and fellowship are at the heart of our activity, with a concern to introduce people to a relevant, living Jesus Christ.  To this aim you are assured of a warm, helpful and friendly welcome at all times.